After racing over 44,000 miles around the world, two teams are tied at the top of the overall leaderboard of the Volvo Ocean Race. As a result, the winner of this beautifully grueling sailboat race will be decided on its final leg—a 700-mile sprint around Denmark that starts in Gothenburg, Sweden today and ends in The Hauge in the Netherlands—this weekend.

As a sailor, I’m in awe watching the best offshore sailing teams in the world go toe-to-toe with each other (in-person during the recent Newport stop) in some of the harshest weather conditions imaginable (from the comfort of my computer screen). And as a sports fan, I’m excited to see which team can handle the pressure with the whole race on the line. 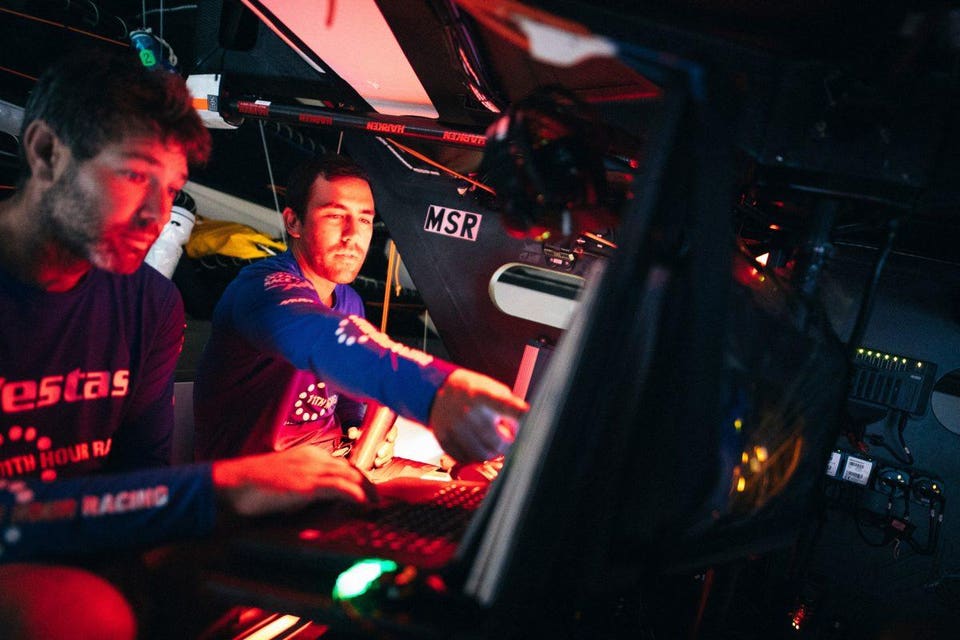 But as a human being with a young son on Planet Earth, I’m probably most impressed with, and grateful for, the work Vestas 11th Hour Racing is doing both on the race course and off. They’re not only racing to win, they’re committed to raising awareness and tackling problems that are much bigger than crossing the finish line first. And, they were very much in the hunt for overall victory until a freak accident caused their mast to break during leg seven near the Falkland Islands. 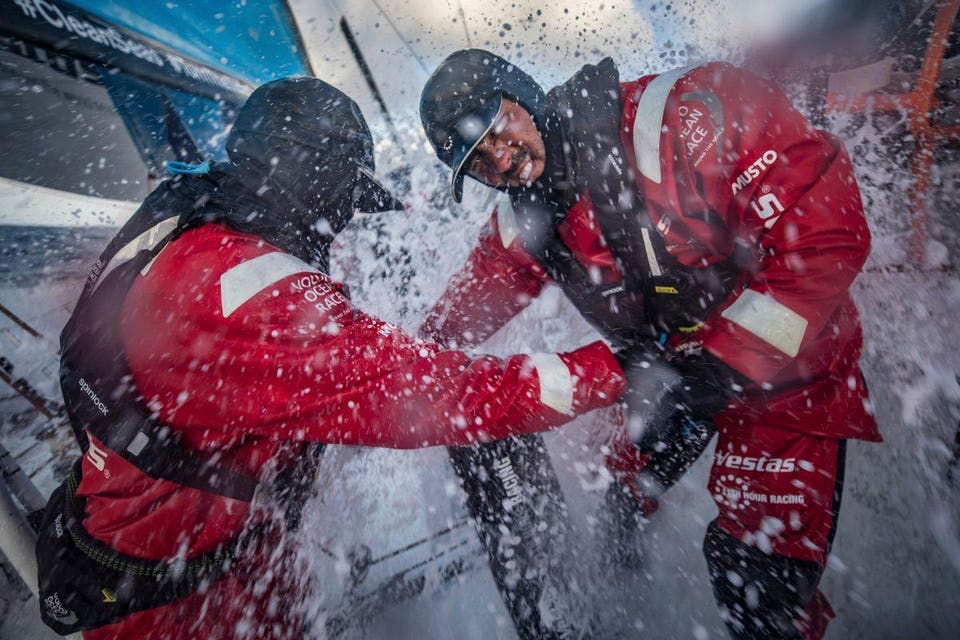 The Politics Of Friendship

More Than What’s On Paper: Taking Opportunity One Step Further

But since the team is also sponsored by 11th Hour Racing, they’re also committed to furthering the mission of The Schmidt Family Foundation by raising awareness of the environmental problems facing the world’s oceans—from plastic pollution to climate change—and working to find sustainable solutions.

I found out during a recent interview with team Co-Founder and Director Mark Towill in Newport, Rhode Island, how Vestas 11th Hour Racing is tackling the challenges facing the world’s oceans and making a positive impact in real ways. 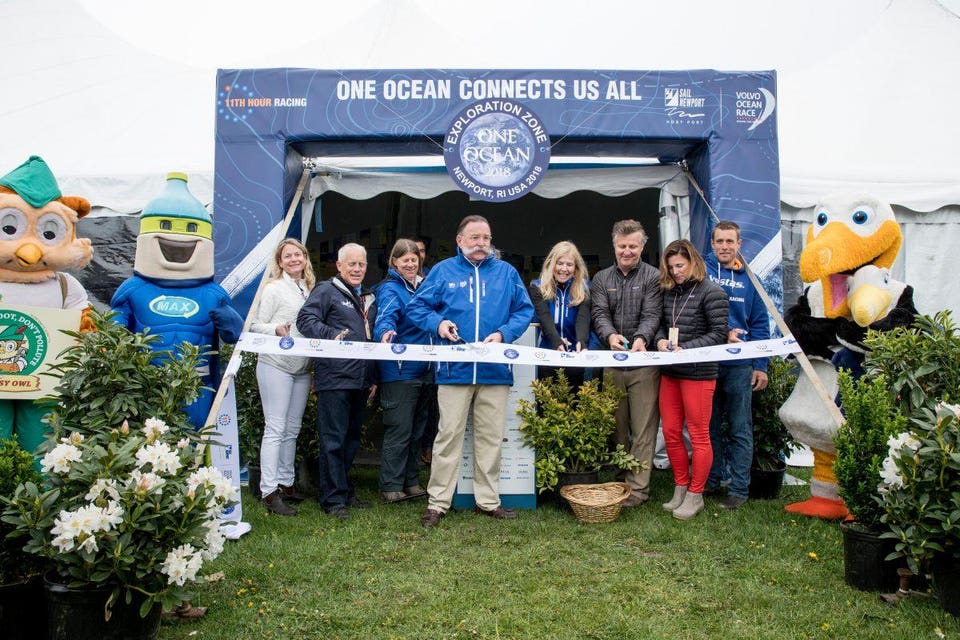 Newport Stopover. Opening of the One Ocean Exploration Zone interactive exposition. Education and inspiration for visitors to learn about ocean conservation, exploration and sustainable programs. 12 May, 2018.AINHOA SANCHEZ/VOLVO OCEAN RACE

“We’re live and breathe sustainability, and we’ve challenged ourselves to walk the talk,” says Towill.  “And we challenge our partners and suppliers to do the same. We’re trying to create a culture where you can win races, and you can also do it in a responsible way that cares about the environment.

“We worked with Musto in the last race,” says Towill. “It’s a top-of-the-line sailing apparel company. But every, single piece of gear that we got from them in the last race came wrapped in really heavy-duty plastic. They weren’t thinking about sustainability at all. We went to them, and said, “We wanna work with you guys, but sustainability is really important. You gotta step up your game.

“And Musto‘s really taken the ball and run with it. They’ve reduced their plastic footprint by over 70% in the race and they are still working on it. They’re looking into recyclable materials. Nigel Musto [company consultant and former CEO] described it as, ‘Helping us become awake’ to an issue they didn’t even know existed. 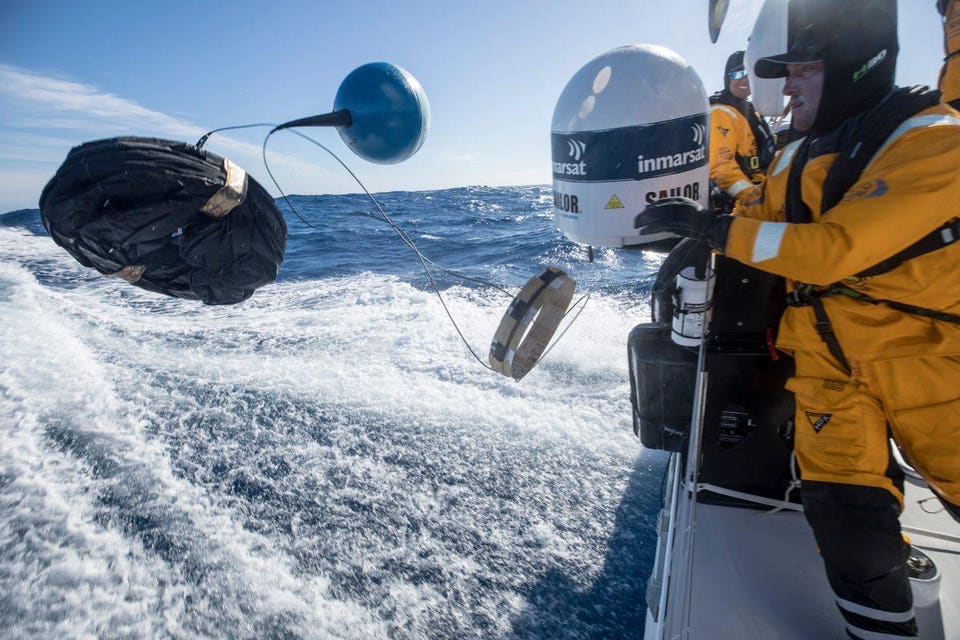 “And our sunglasses partner, Karün is another perfect example. They make sunglasses out of recycled fishing nets. They’ve created this circular economy where, down in Patagonia, local fisherman and people that are near the brink of poverty are able to get a little bit of extra income by collecting old nets. These nets then get turned into sunglasses. Those sunglasses get sold for a profit. The whole thing goes round and round. And we’ve helped them develop a sailing line, and helped them grow their business.” 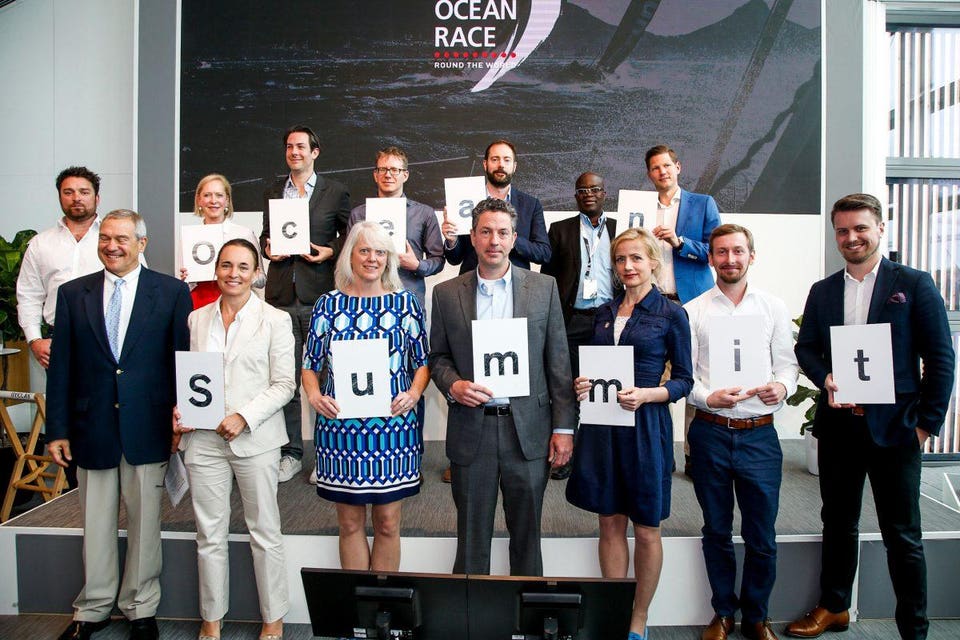 That’s only the beginning. 11th Hour Racing has also partnered with the Volvo Ocean Race to help the organization itself develop sustainable operations around the globe, and to use the race to support efforts to improve ocean health and prevent plastic pollution.

Meanwhile, Volvo Cars has recently committed to removing single-use plastics from all its offices, canteens and events across the globe replacing over 20 million single-use plastic items with sustainable alternatives.

And Newport was also the site of the second “Ocean Summit” that brought together representatives from the sport, industry, government, science, and ocean advocate groups to share solutions and innovations that can stop the global issue of plastic pollution.

“This race is an enormous opportunity to educate people around the world,” said Wendy Schmidt, Co-founder of 11th Hour Racing at the Summit. “And this platform will become larger and larger.” 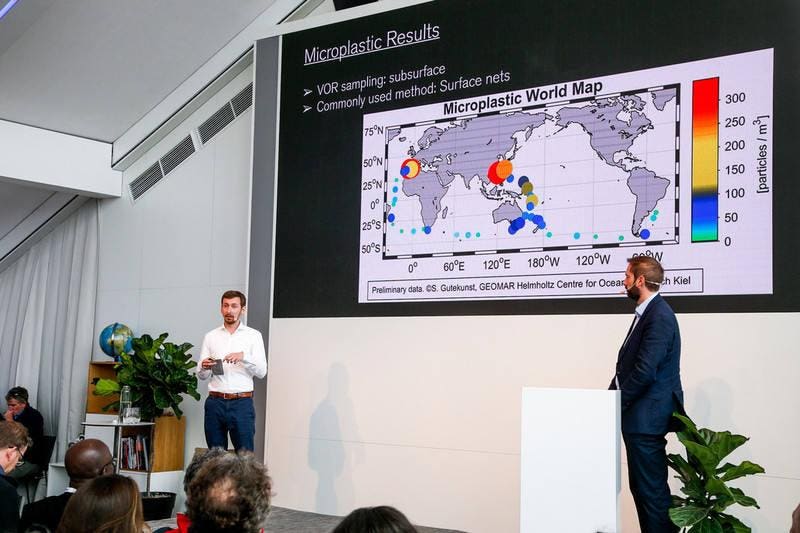 I hope she’s right because the problems facing the health of our oceans are not going away. But I’m also optimistic for the future thanks to the work 11th Hour Racing is doing because it isn’t a charity. It’s one of the best offshore racing teams in the world. And they’re not trying to take our plastic bottles away and or make us feel bad. They’re simply trying to help us all (individuals, corporations, governments etc.) wake up from the delusion that doing nothing will solve the problems our oceans face today. And they’re working on solutions that are good for business too.

“We hope to help people see the world from a different perspective,” Towill says before heading off to get back in the race. “And just to have a little bit more of a conscience about our actions on a daily basis. Because it really, really does matter.”

The construction of an IMOCA for the next …
7 October 2018